Migrants are among one of the most vulnerable groups in Maldivian society. They make up just under 25 per cent (94,086 people as per UN 2015 mid-year stocks) of the country’s total population. An additional estimated 25,000 irregular migrants also live in Maldives. Most migrants enter Maldives through regular means but some overstay their visas. The vast majority of migrants come from Bangladesh (58%), India (24%) and Sri Lanka (10%) and 92 per cent are male, many of whom are employed in unskilled labour in the construction and tourism industries.

The basic resources and services of the country are centralized, but also overwhelmed, which contribute to migrants living in poor conditions, health problems and safety concerns, among other issues.

Access to health services is limited for the majority of unskilled migrants. Regular migrants are met with high hospital consultation fees –comparable to the amounts tourists are charged- and basic health insurance packages fail to cover many essential services. For irregular migrants, access to health services from hospitals, health centers and clinics is almost impossible without proper documentation. During disease outbreaks, such as the recent flu outbreak, irregular migrants are unable to access the flu clinics established by the Government. During disaster and emergency situations, migrants are among the most vulnerable, due to the absence of official support mechanisms.

The Maldivian Red Crescent (MRC) is however attempting to fill in some of these gaps in essential services. Established in 2009, MRC is a young National Society, recognized by the Government as an auxiliary to the public authorities, especially during disaster and emergency responses. MRC is among the very few organizations in Maldives that directly works with migrants and openly allows migrants to be a part of their volunteer and membership base.

Disaster response and health promotion are two areas where MRC clearly integrates the needs of migrants into programmes and services. Until recently, migrants were not really considered in disaster planning and in protection systems. The State-led Migrants in Countries in Crisis (MICIC) Initiative was a turning point. Its Guidelines to protect migrants in countries experiencing conflicts or natural disasters emphasize how important it is to incorporate migrants in prevention, preparedness and emergency response systems, as a way of promoting migrant resilience in the event of a crisis, as well as to make the response more targeted and effective. In terms of suggested practices, Guideline 4 states that a >uthorities can foster direct engagement of migrants into disaster preparedness and response by hiring them as employees or by organizing and retaining them as volunteers. 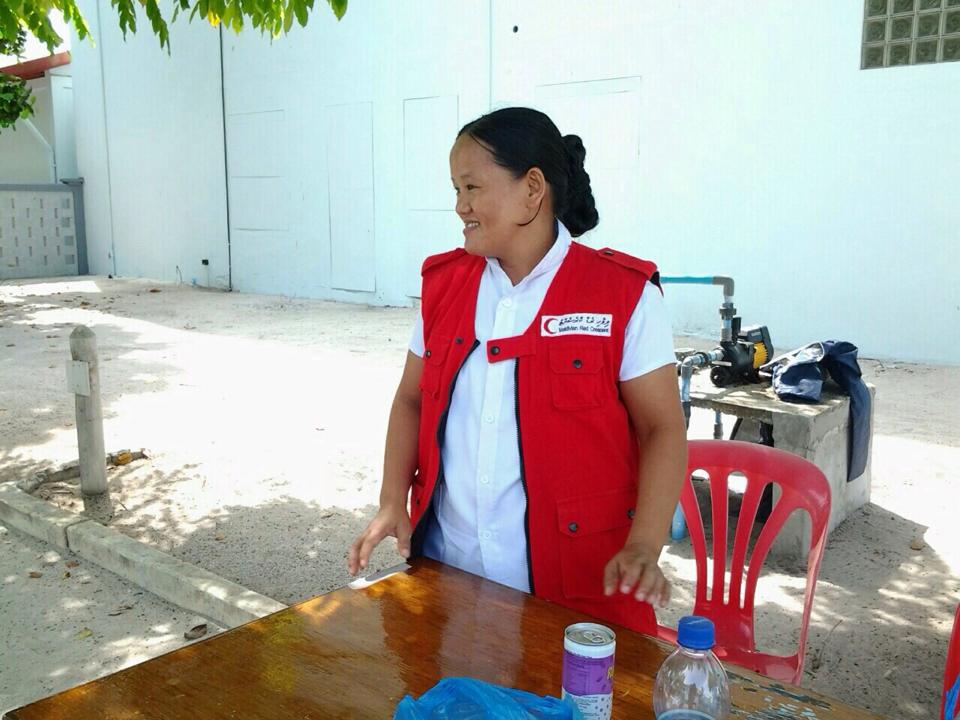 The MRC managed to do exactly that within the framework of a two month pilot project funded by IOM, the UN Migration Agency, aimed at raising awareness in the area of human trafficking and communicable diseases. A total of 1,580 migrants were reached through the programme. MRC was able to recruit and build the capacity of migrant workers from different nationalities to work as peer educators of health promotion. MRC also makes sure that they communicate health outbreak preventative measures in multiple languages. The involvement of migrants in disaster planning or protection structures, rather than merely providing assistance to them, is a new approach being pioneered by IOM and governments like the US and Philippines who led the MICIC Initiative.

Most recently, during an outbreak of the H1N1 Influenza virus in March 2017, MRC supported national efforts by developing and then distributing preventative information to the population, including to migrants. Visual posters, leaflets and short video clips were developed in languages that are commonly used by the migrant populations. The information, education and communication materials were developed entirely through volunteer efforts, especially with support from migrant volunteers. Volunteers from migrant populations were also involved in the distribution of the awareness material to the concerned population. With the proactive efforts of MRC, more than 2,057 migrant workers were reached through these efforts and more than 12,690 flyers in different languages were distributed by 150 volunteers, including both migrant and local volunteers.

MRC also focuses on identifying and meeting migrants’ needs during emergency response initiatives, like in the case of house fires that frequently break out in the capital city of Male. During every emergency situation, MRC makes special effort to ensure that the relief needs of migrants, such as proper clothing and housing, are met, in addition to serving the affected local population. In one instance, MRC provided temporary shelter for 32 migrants for two weeks when their accommodation was completely destroyed by a fire, and their employer was unable to arrange an alternative accommodation immediately. 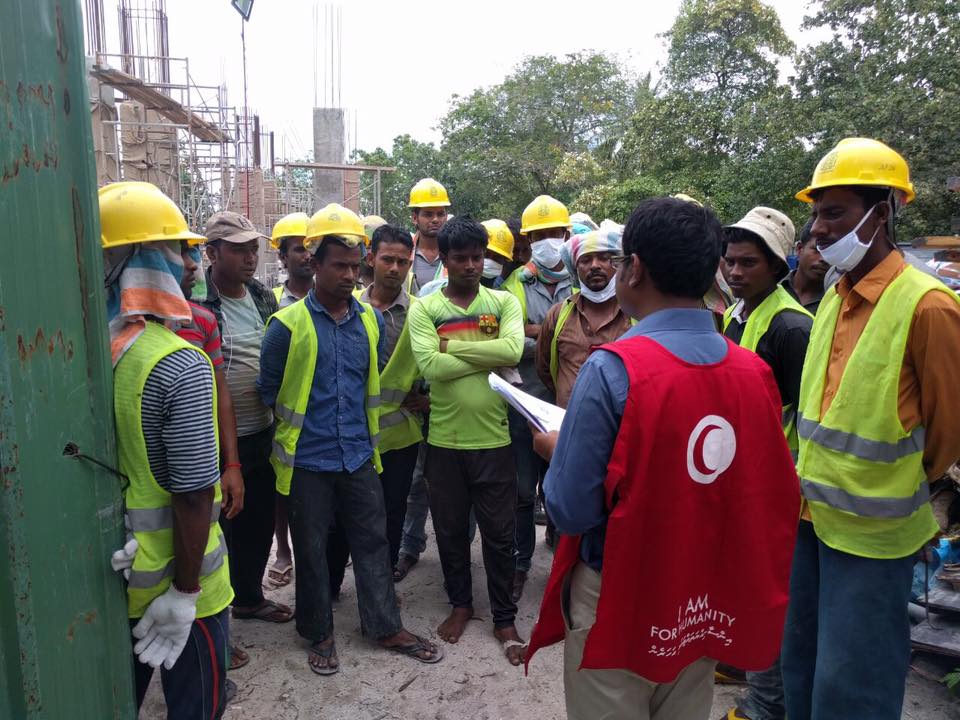 Following other incidents, MRC also provided psychosocial support to migrants. MRC’s Psychosocial Support volunteers, with the support of the Nepali-speaking doctors and other professionals, responded to the tragic aftermath of the Nepal earthquake in 2015, by offering, among other services, psychosocial support to migrants and migrant communities. This is an area that MRC plans to develop further capacity in the future. Provision of humanitarian assistance to migrants on the basis of need, without discrimination, and regardless of immigration status, nationality, ethnicity, gender, age, disability, or other differentiating characteristics is imperative.

Migrants can be extremely vulnerable in times of crisis due to a number of factors, including language barriers, limited familiarity with the environment, possible irregular migratory status and limited or no inclusion within emergency response services. By attending IOM’s training on “Integrating migrants in emergency preparedness, response and recovery in their host country”, aimed at operationalizing the MICIC Guidelines, MRC has further built its capacity to assess migrants’ specific needs and factor these in its response strategy. Accounting for and engaging migrants in disaster and emergency preparedness services is essential for ensuring that no one is left behind in the event of a disaster. To this scope, MRC Governing Board had appointed a sub-committee to focus on integrating migrant issues to programmes and services, given the urgent need for migrant programmes in the country. MRC further hopes to continue its cooperation with IOM to advocate for the inclusion of migrant voices in design, planning, and the implementation of disaster responses, as well as monitoring and evaluating accordingly national and local disaster management initiatives.