Finland – Kuopio is a city in Finland with 120,000 inhabitants. The number of people, houses and businesses in Kuopio have all experienced stable growth for the last 15 years. In the future, though, Kuopio – like many other cities in Finland – will need to rely on people moving in from abroad to keep this growth going.

In 2016, around 2,700 immigrants resided in Kuopio. That’s 2.5 per cent of the population, a modest number in comparison with other cities in Finland. The biggest group of immigrants are Russians, numbering 650 people. Second largest group are Estonians, followed by people from Myanmar, Thailand, China, Syria and Iraq.

Around 4,300 people, or 3.6 per cent of population, in Kuopio speak another language than Finnish or Swedish as their native language. These include around 70 different languages.

To attract people to move to Kuopio, the city offers high-quality public services: from kindergartens to senior homes, libraries to sports facilities. To integrate people from different cultural backgrounds, Kuopio is providing a variety of services targeted at migrants. Kuopio Info is an easily accessible resident service desk, which directs immigrants to find the right services.

The multicultural centre Kompassi offers immigrants in Kuopio various services, including, for example, Finnish language courses, hobby groups and personal job guidance. The unemployment rate among immigrants is lower in Kuopio compared with other cities.

Internationality is part of everyday life in Kuopio and cross-cuts public services. For example, libraries offer books in more than 20 languages.

Symbolic gestures can be quite meaningful too, when it comes to creating a feeling of community. Finland celebrated 100 years of independence on 6th December 2017. As part of the events to celebrate the occasion, Kuopio decided to give a voice to the new Finns who have immigrated to the city from abroad and showcased the cultures of their home countries in the gala. 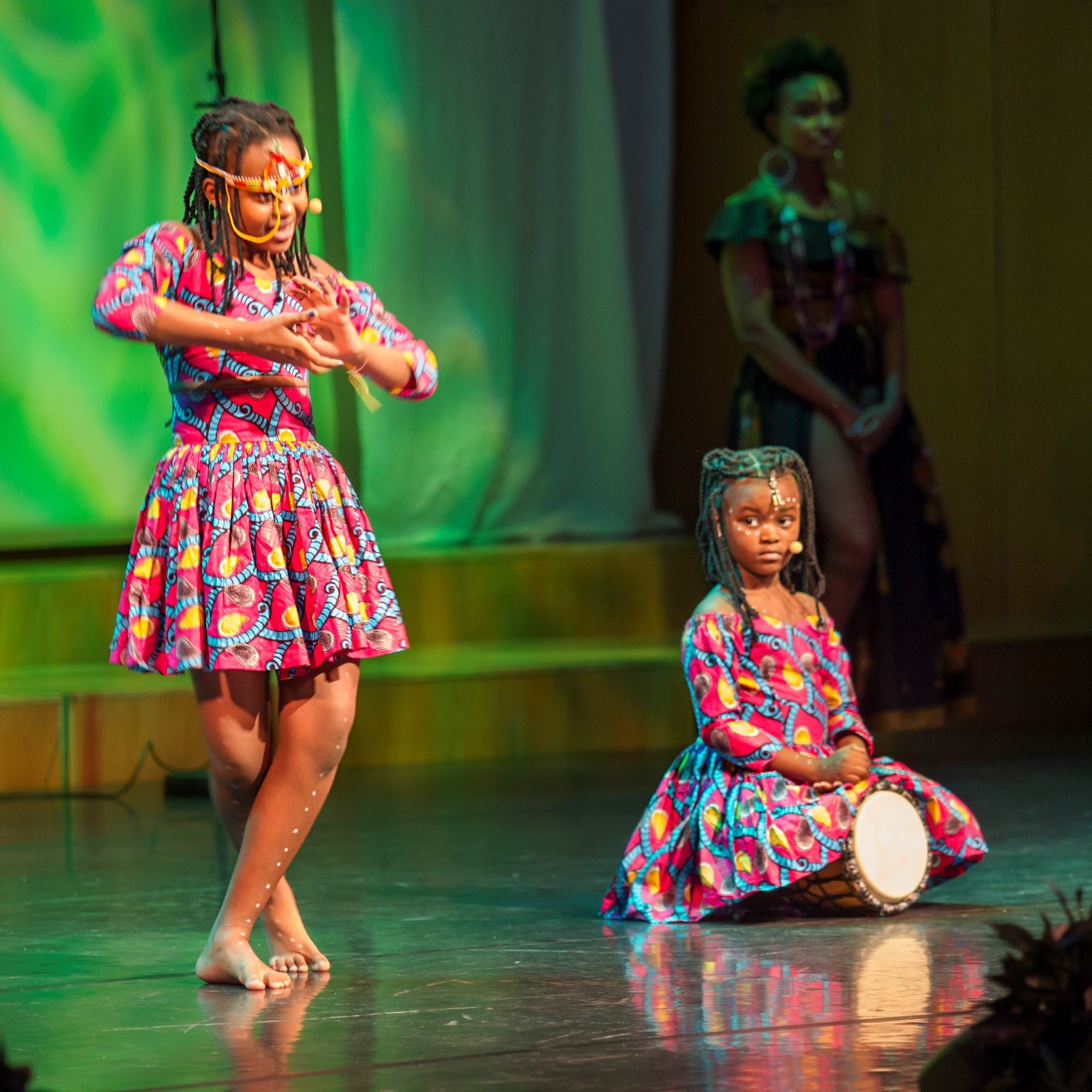 In a bold move, Kuopio decided to celebrate Finland’s 100 years of independence with multiculturalism as the main theme of the event. (Photo: Vicente Serra, City of Kuopio)

An important aspect is that the communications department of Kuopio invested in telling potential migrants, the story of city. So, when people are considering where to settle, they would not only know the facts about Kuopio, but would also feel the city, experience its atmosphere and breathe in the spirit of Kuopio.

Social media campaigns are a simple but sometimes effective method to address a global audience. Every year Kuopio organizes a photo competition for around a thousand exchange students enrolled in the educational institutes located in the city. Also, in an effort to brand the Kuopio region as the Capital of Lakeland, in February, the city launched a photo competition concentrating on wintertime sports activities.

But it is not enough to just tell the story of Kuopio to potential migrants. An also equally important element for successful immigration and integration is to tell the stories of migrants to the inhabitants of Kuopio.

And this is where an organization with decades of expertise like the International Organization for Migration would come in. The IOM website is filled with stories of migrants – some of them sad, some of them hopeful. The trick is how to tell these stories, and more so, to the people living in cities where immigrants are arriving.

A good example is IOM’s Global Migration Film Festival (GMFF). The 2017 edition of the festival showcased, in over 100 countries, more than 30 films concerning the promise and challenges of migration. To get maximum benefit from the GMFF, the films would ideally be screened in as many locations as possible. Reaching larger audiences is imperative to maximize the impact of the films – especially important in communities experiencing migration.

Since there’s a limit to how many film screenings and events an organization can handle, IOM would need a little help from others, and this includes cities like Kuopio. IOM offices in more than a hundred countries form a network to reach out to communities around the world. This way it’s possible to coordinate events with local administrations and NGOs willing to participate in arranging film screenings.

How can this be done? For example, in Kuopio, there’s a municipal art-house movie theatre Kuvakukko which is very ideal for such events. If you then add to this, active immigrant communities and the Kompassi multicultural centre in Kuopio, you have an excellent opportunity. IOM can provide these communities with the films and the city can provide them with the theatre, and could also easily organize events around screenings as happens with the GMFF in other locations.

The UN Together campaign, in which IOM is a key participant, is another method of changing negative narratives on migration and to strengthen the social cohesion between host communities and refugees and migrants. "Yhdessä", Finnish word for "Together", was also the theme of Finland’s centenary independence celebration year 2017.

Research shows that exchange students coming to Kuopio are happy with the education, services, nature and other aspects. However, they consistently say that they find it difficult to meet and make friends with local people. Movie screening would therefore be a low-cost, low-threshold event bringing together immigrants and Finns living in Kuopio.

There are hundreds of local communities globally facing the same questions: How to bring people from different backgrounds together? How to ease tensions and prejudices between different groups of people? Watching movies together is a good start. IOM could nudge local communities in the right direction and encourage them to arrange events by providing interesting content and a simple guide on how to use it. The GMFF, among other initiatives, is already doing this. 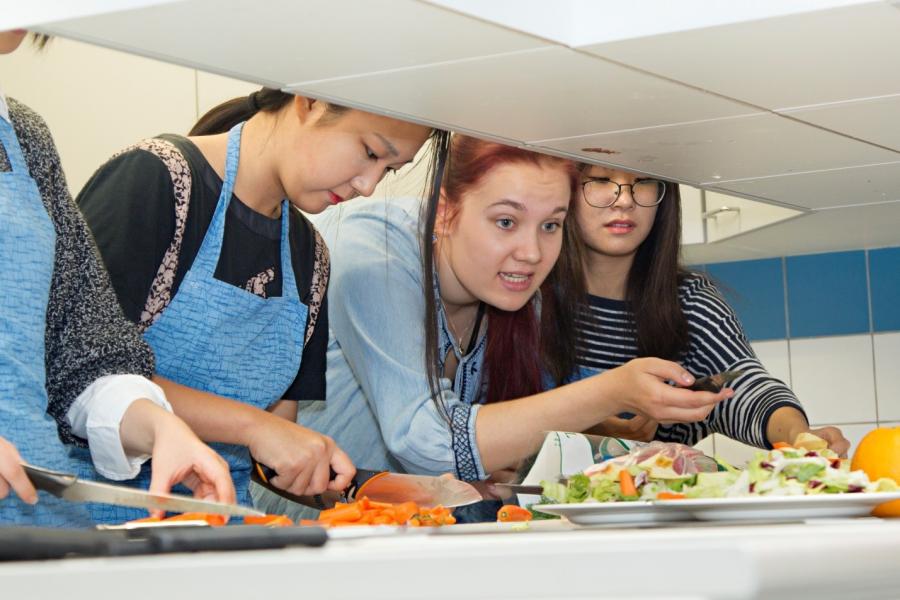 Kuopio provides immigrant children with preparatory instruction, which acquaints children with Finnish school, culture and teaching methods. The aim of the instruction is to develop pupils' Finnish language skills and general readiness for Finnish school to a level sufficient for them to participate in regular schooling. As pupils' proficiency in Finnish improves, they can begin to participate in lessons with their actual class (integration lessons). (Photo: Vicente Serra, City of Kuopio)

Jukka Torikka is a communications expert on a short-term secondment to the Online Communications Unit (OCU) from the City of Kuopio, Finland.