In recent days, French authorities confirmed that the number of people living in informal camps outside Calais, France, has doubled to 6,000 and that since June, a total of 16 migrants have been killed in or near the Channel Tunnel while trying to make the journey from France to the United Kingdom.

Just as the sun sets over the horizon, the migrants living in Calais’ ‘New Jungle’ begin their journey on foot towards the entrance of the Eurotunnel, with the specific aim of getting onto one of the trains or trucks heading to the UK.

Located seven kilometers from the port city of Calais, the informal migrant camps are a melting pot of nationalities which include Afghans, Pakistanis, Eritreans, Ethiopians and Sundanese, amongst many others. The migrants living in the camp want to cross to the UK for different reasons.

There are widespread rumors going round that as soon as they reach English soil they will have a place to stay and the government will take care of them. “When you arrive there, they put you in a 5 star hotel. It is true, my friend who lives there told me,” says Mohamed, a migrant from Sudan who graduated in finance.

Some want to go to England because they have family or friends there.

“My daughter and my wife are there,” says Amaur from Sudan.

This photo series shows a short part of their hopeful journey towards the UK.

The long walk towards towards the UK starts at dawn.

The only ‘luggage’ they carry with them is water, some food and their mobile phones. 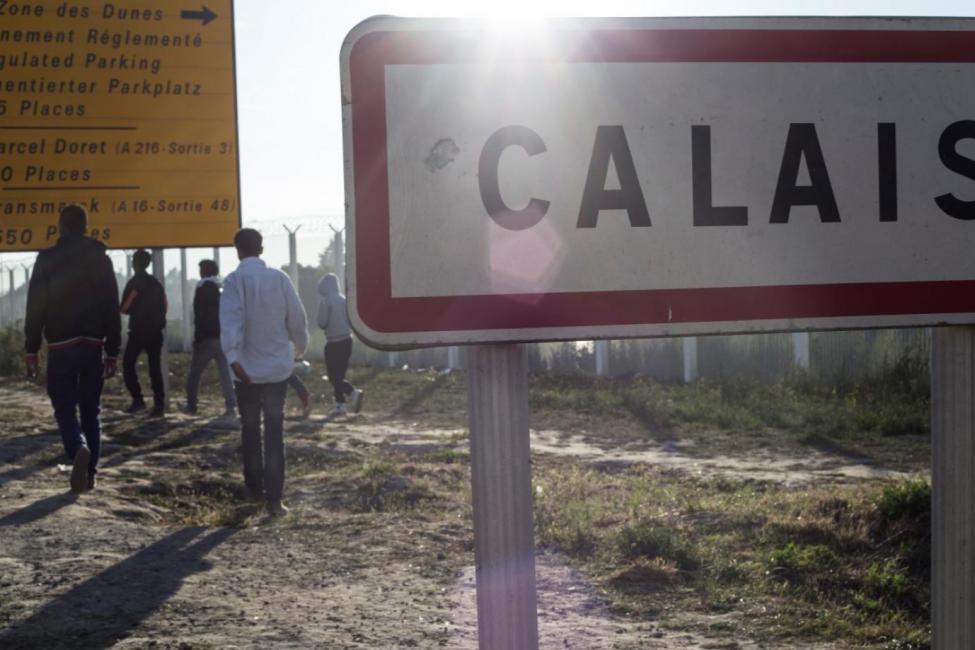 The long walk towards towards the UK starts at dawn. 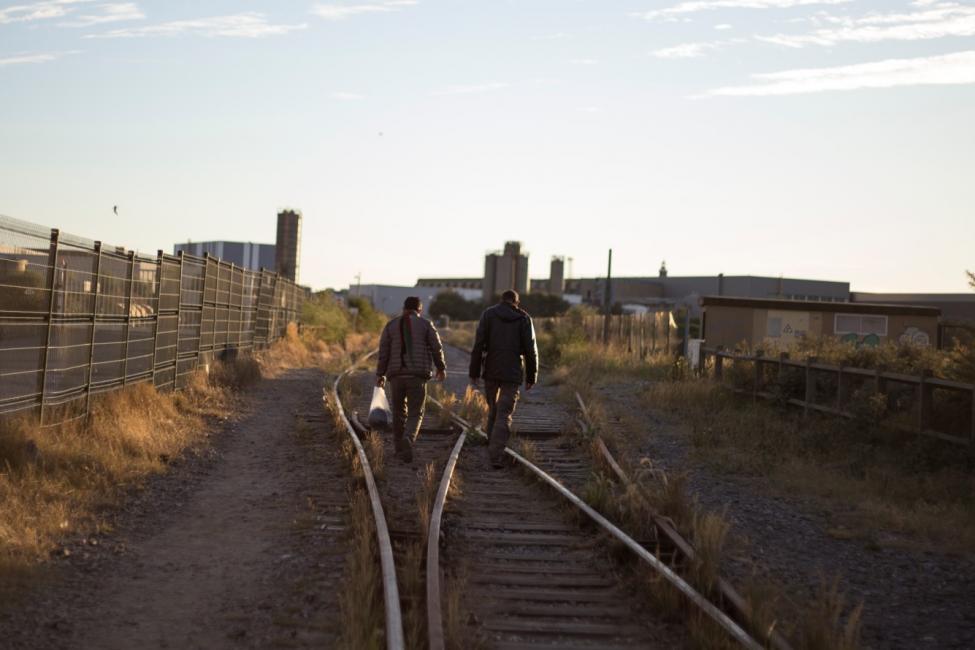 The only ‘luggage’ they carry with them is water, some food and their mobile phones. 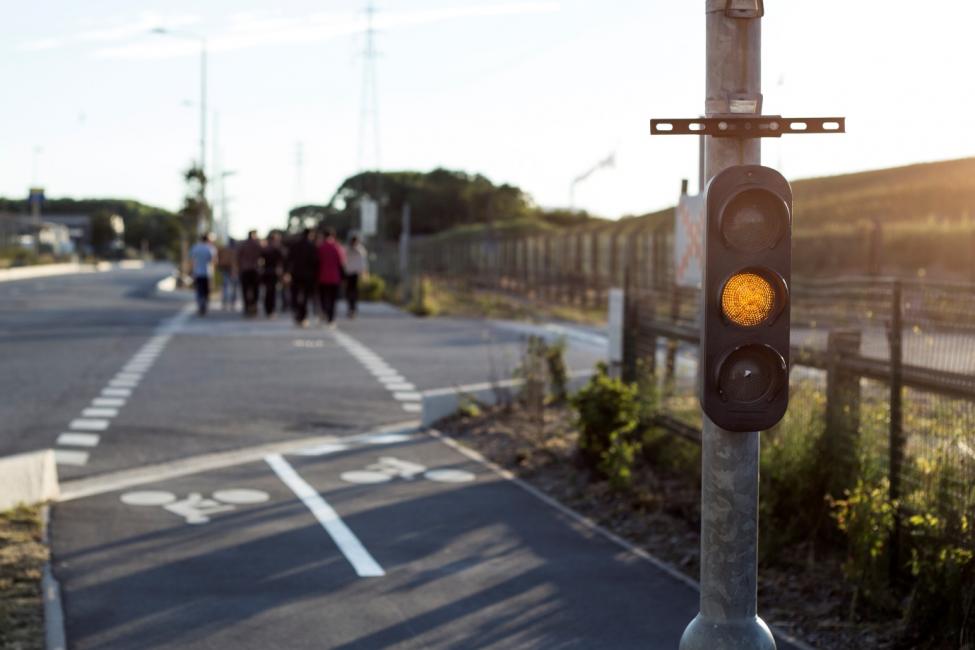 They walk in groups normally divided by nationality. 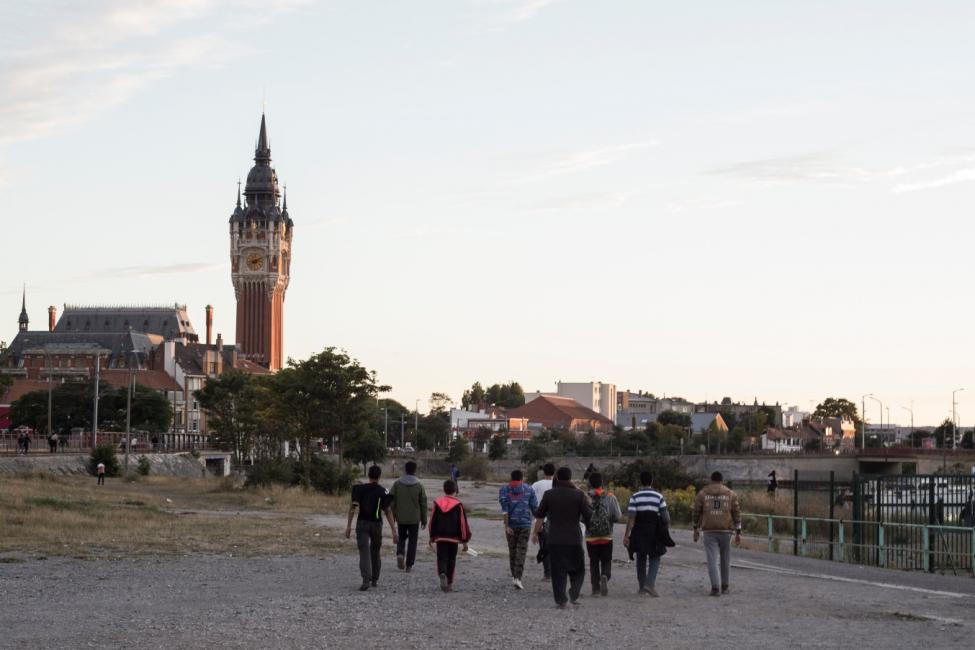 After walking for an hour and a half, they pass by Calais city center. 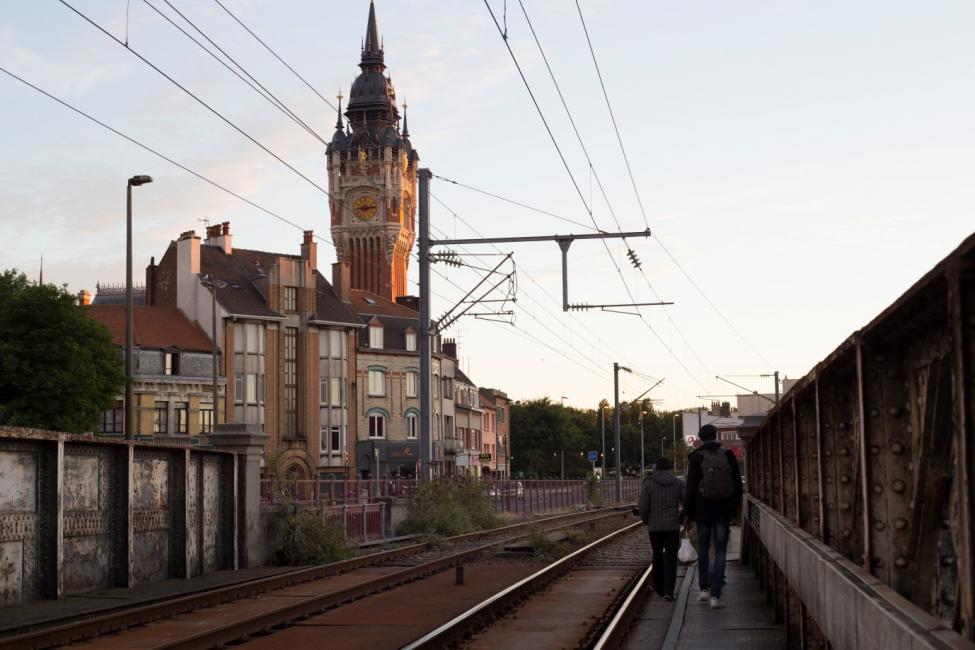 However, they are still only half way from the entrance of the Eurotunnel. 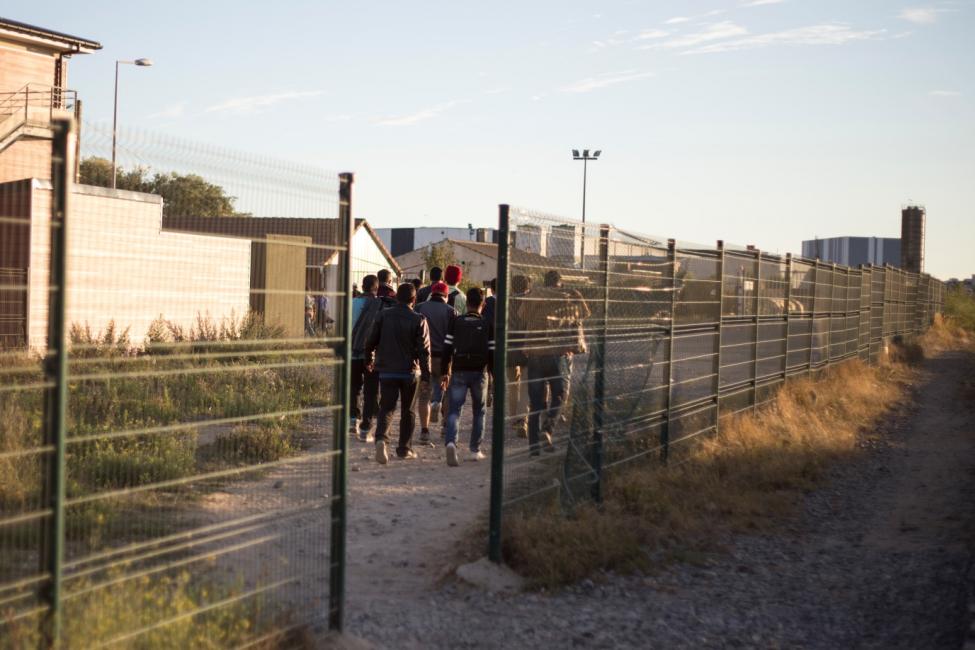 They are mostly men, with only a few females in these groups trying to make it to the UK. 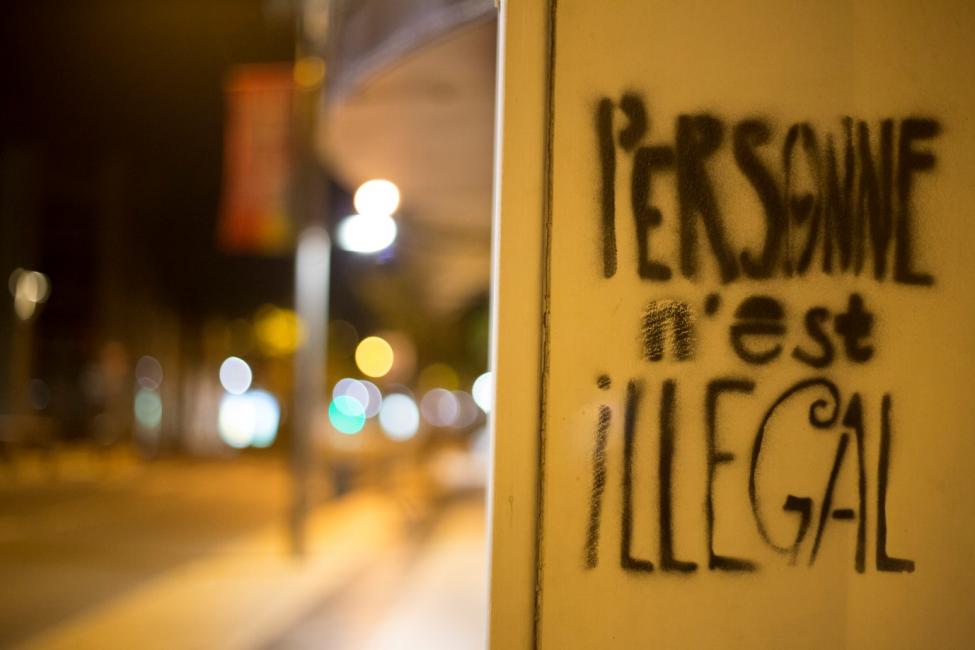 They pass by some graffiti stating that ‘No one is illegal’. 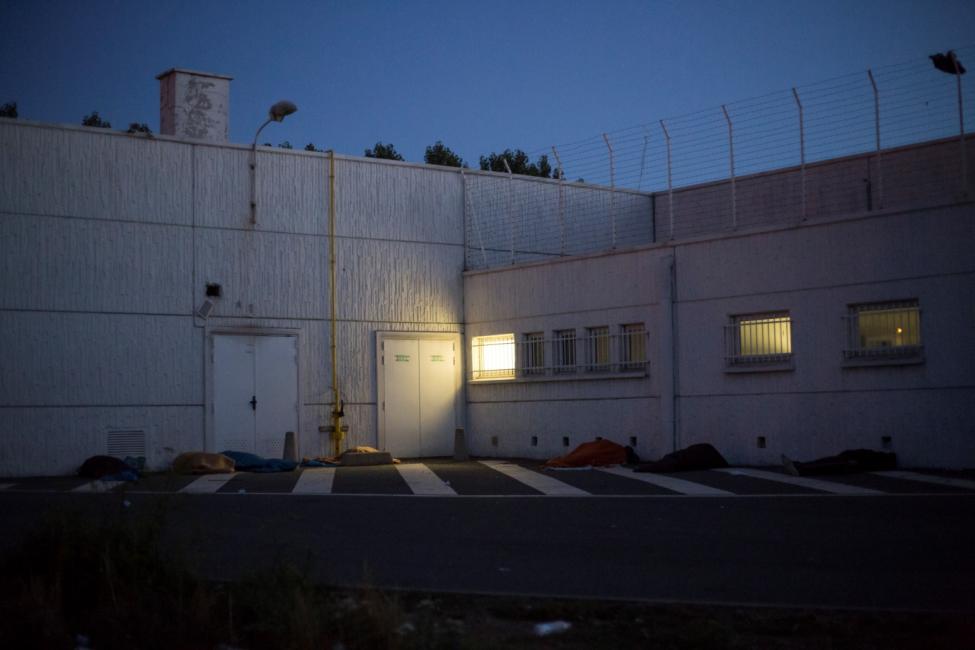 After the long walk, some of the migrants rest behind a supermarket, near the Eurotunnel entrance. 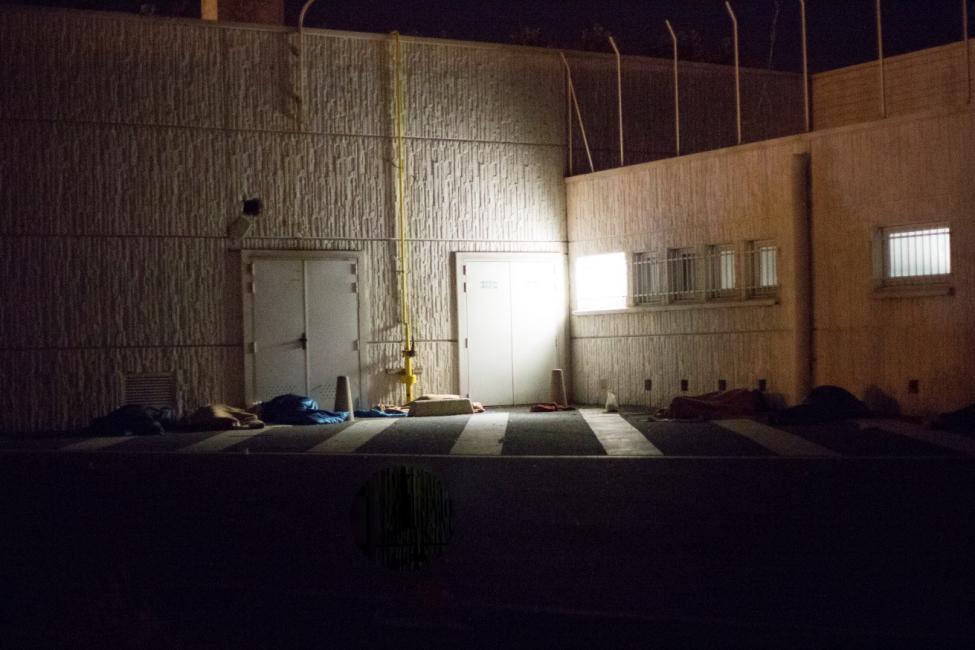 They sleep until it is time to cross the highways, jump over fences, hide from the police and (they hope) jump onto a train or truck that will finally take them to the UK. 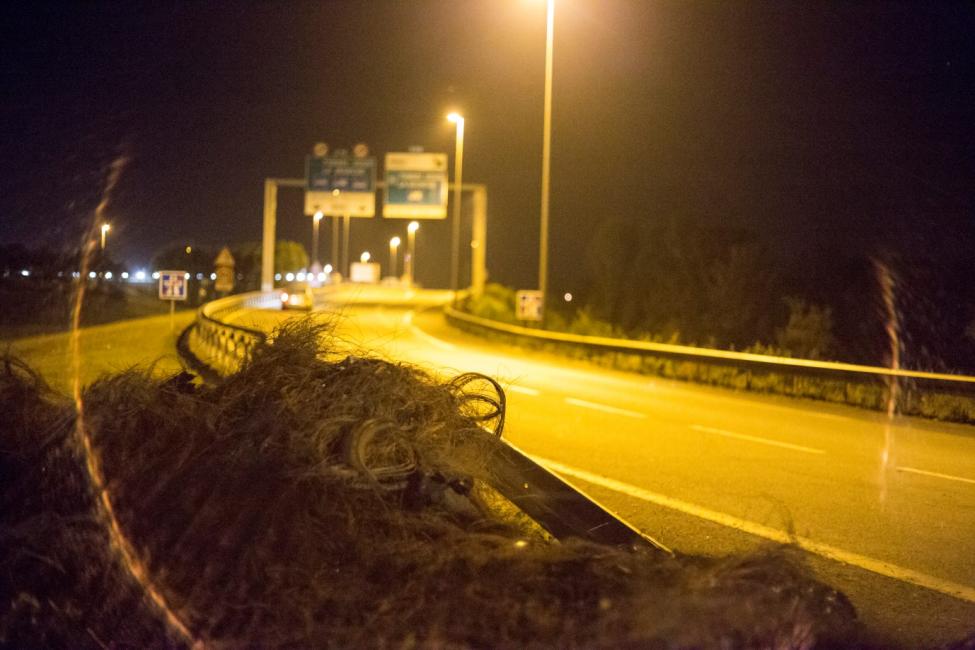 They dash across the highway with the sole aim of getting onto trucks heading to the UK. Sometimes activists have set tires on fire to create traffic jams so that in the confusion the migrants can sneak onto trucks. 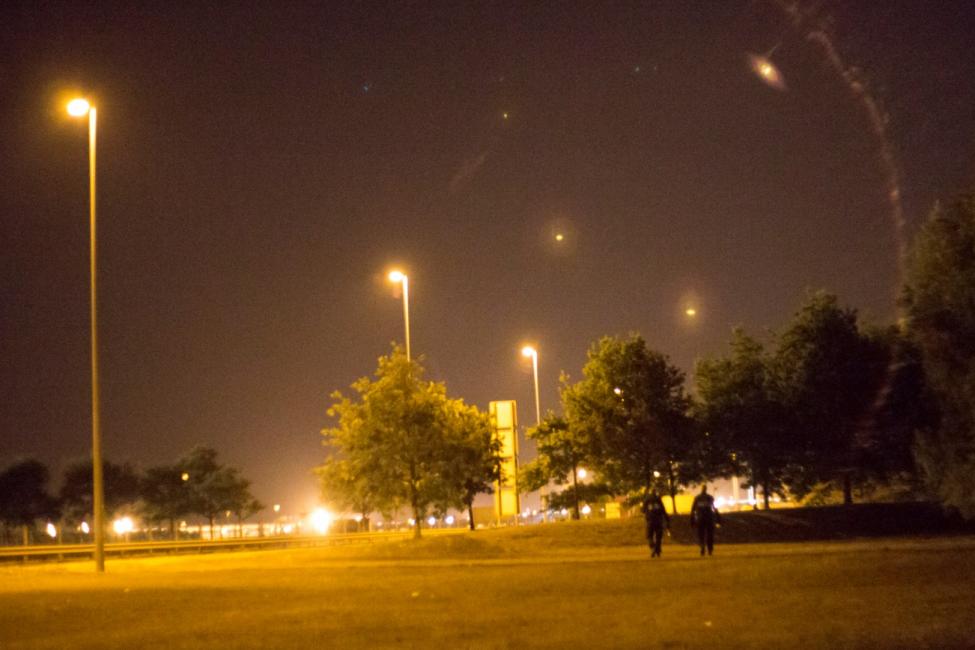 The migrants hide in a small forest which is a few metres from high fences bordering the port. Two police officers with flashlights and pepper spray walk around, surveilling the area. 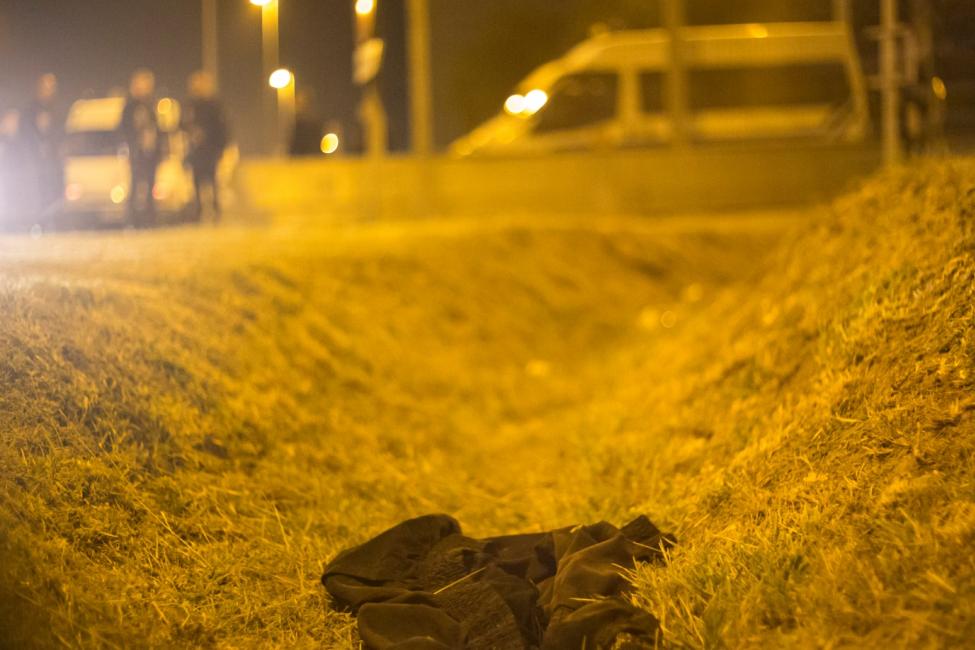 An abandoned jacket lies on the ground as in the background, police stand on guard with the purpose of stopping the migrants from reaching the trains and trucks. 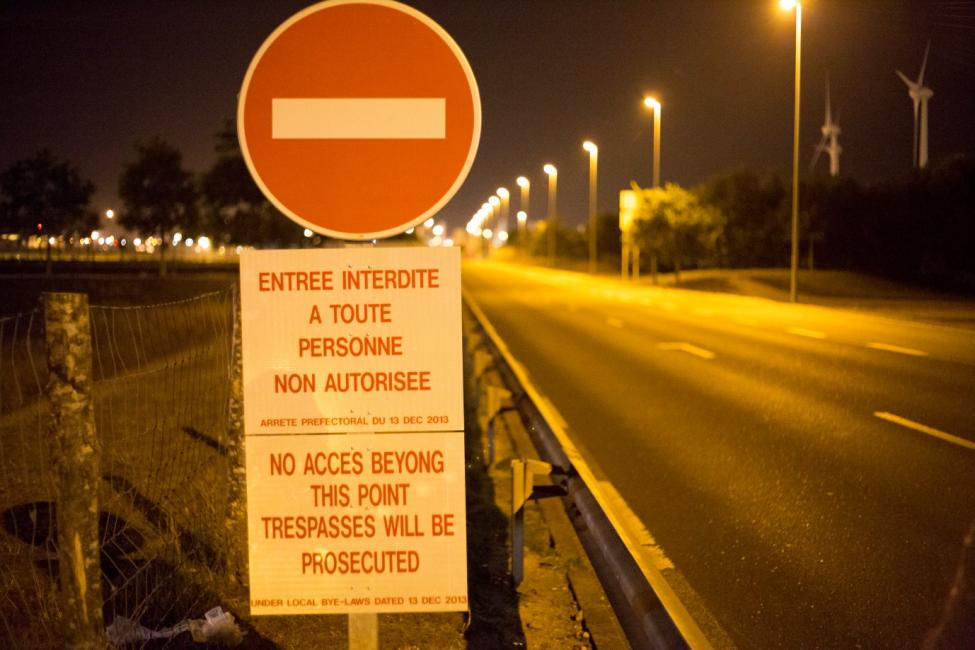 The sign the migrants see as they near the Eurotunnel.