Somalia – After 23 years in the USA Mahad Ahmed Abdi found his calling, and made his way back to Somalia, through the Migration for Development in Africa (MIDA) programme run by IOM, the UN Migration Agency. What was supposed to be a temporary assignment in 2013 became a four-year mission to give back to his country of origin.

From Somalia to USA

Mahad, who was born and raised in Mogadishu, left the city in 1991 to join his family in San Diego, California. After completing his undergraduate degree in California, Mahad moved to Minnesota where he found a large Somali community and met his future wife, with whom he now has four daughters. Far from the California sun, Minnesota became his home.

With an MBA in International Finance from Minnesota’s Hamlin University, Mahad started his career as a banker and moved on to become a financial advisor for the state Government in Minnesota. Despite a successful career, Mahad’s long-held desire to help others became increasingly important to him. In 2009 the board of directors of Disabled Immigrants Association, a local NGO, selected Mahad as Executive Director. The organization raised funds and mobilized resources to provide vulnerable populations in Minnesota with the equipment needed to lead "normal" lives.

But his desire to help others remained unmet. "There was still something missing," he recalled. After countless discussions with friends and family, he finally realized – he wanted to give back to Somalia. “I thought to myself, who am I to just sit here and watch the news and not do anything about it?”

The Way Back – Where to Start and What to Do?

“After many years abroad, I did not know where to begin and what to do for Somalia,” Mahad recalled. He began with small steps, visiting the region in 2012 and 2013 for the first time since he left Mogadishu in 1991. The trip took him to Nairobi where he visited relatives, reconnected with the East Africa, and investigated ways to contribute to Somalia’s development. 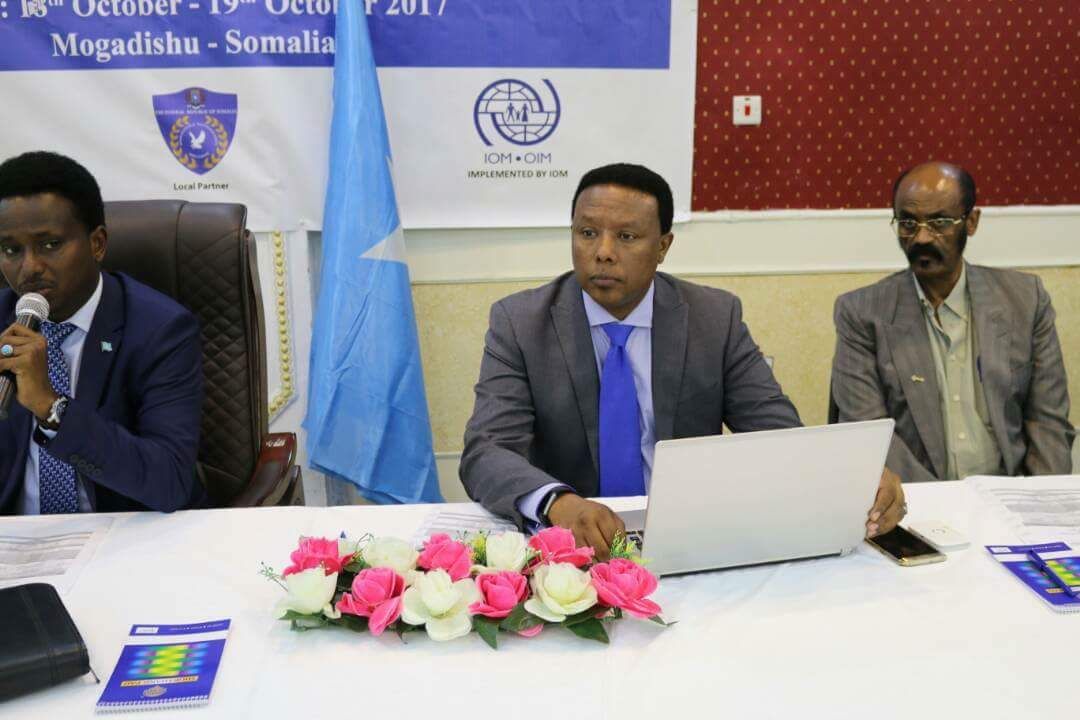 Following this visit Mahad felt more determined than ever to move to Somalia and support his country, but he discovered that it was difficult to go back without any real connections on the ground. One evening in Minnesota, an internet search led him to the MIDA webpage. Not only was the aim of the MIDA project in line with what he was searching for, there was a position advertised in Somalia. "I thought to myself, there is nothing to lose. I will apply and see what happens,” Mahad explained. “It's a short-term assignment and if I do not like it I can always return home after six months."

Mahad packed his bags and headed for his new job as the Organizational Management Expert at the Immigration Department in Hargeisa. Despite being a city that he had never visited before, Mahad describes that first posting with MIDA as “very interesting, meaningful, exciting and inspiring.” But it was tough for him to be away from his family, and after the initial six-month assignment he wasn’t sure if he was ready to do more.

Back in Minnesota, Mahad reflected on this for nine months until his desire to go back to Somalia emerged again, this time even stronger. By chance or destiny, a position similar to his first role was advertised through MIDA but this time based in Mogadishu. "I have to take this opportunity if I get it," he thought, and he certainly did.

In November 2014, it was time for take-off: destination Mogadishu. “The start was tough with the limitation of movement, insecurity, and frequent attacks,” Mahad recalled. But the unconditional love and support from his family, plus all of the courageous and knowledgeable people he worked with and met in Somalia, gave him the energy he needed to push through. "There are close to 3 million people in this city without the option of going to a safe zone. How am I different? If they can do it, I can do it. I am not alone," he asserted.

Mahad is still working in Mogadishu in 2018 and has been promoted to the position of Senior Advisor at the Ministry of Internal Security’s Immigration and Naturalization Directorate (IND). Working with his colleagues, and with IOM’s support, Mahad developed the IND’s Five-Year Strategic Plan; drafted the Directorate’s Human Resource Policy and organogram; trained nearly 100 immigration officers both locally and throughout Somalia; connected the IND with the international community; and raised funds that will contribute to the construction of the Immigration Directorate’s headquarters HQ. "I am proud of the institution and the work that we have achieved so far,” Mahad said. “We are now working towards a common goal. It is a team effort and not something that I could have achieved on my own." 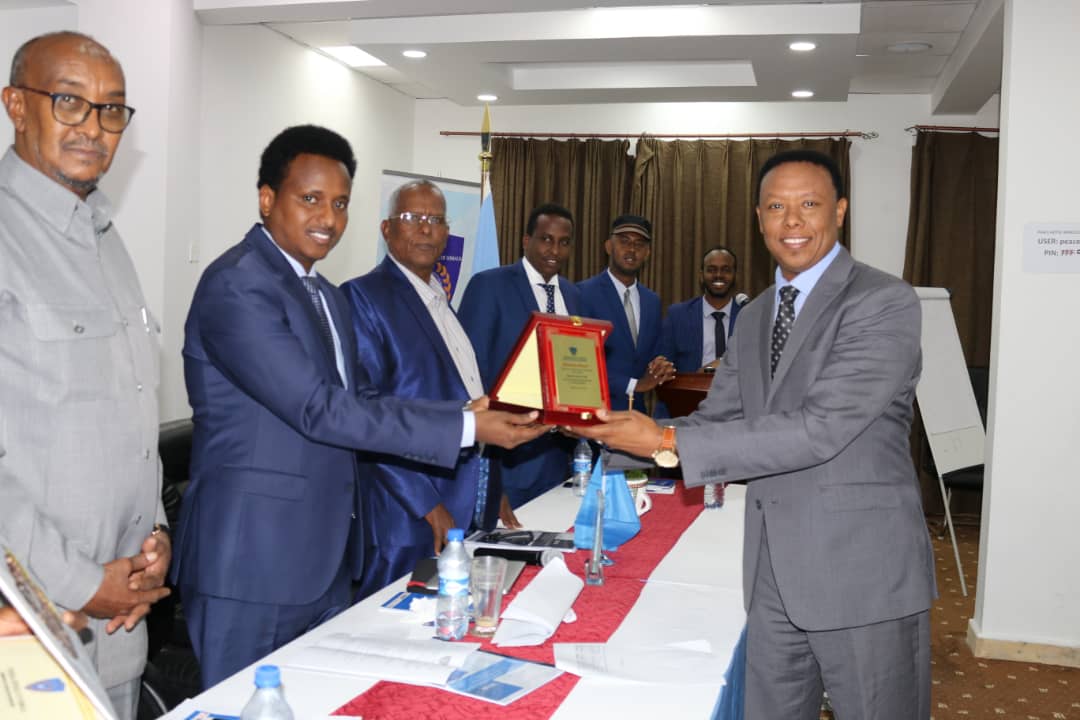 Mahad and his colleagues at the IND are currently working towards gaining official international recognition for Somalia’s passport. Thanks to his efforts, representatives of the Norwegian ID Centre visited Mogadishu to assess the passport issuance process. This resulted in official recognition of all Somali passports by the Kingdom of Norway, effective 1 August 2018. The Somali diplomatic passport is now increasingly recognized, but much work remains to be done for all Somali passports to be accepted worldwide. Nine European countries have recognized the Somali passport so far.

“My work is still not done. My biggest goal at the moment is for all Somali passports to be recognized internationally,” Mahad concluded. 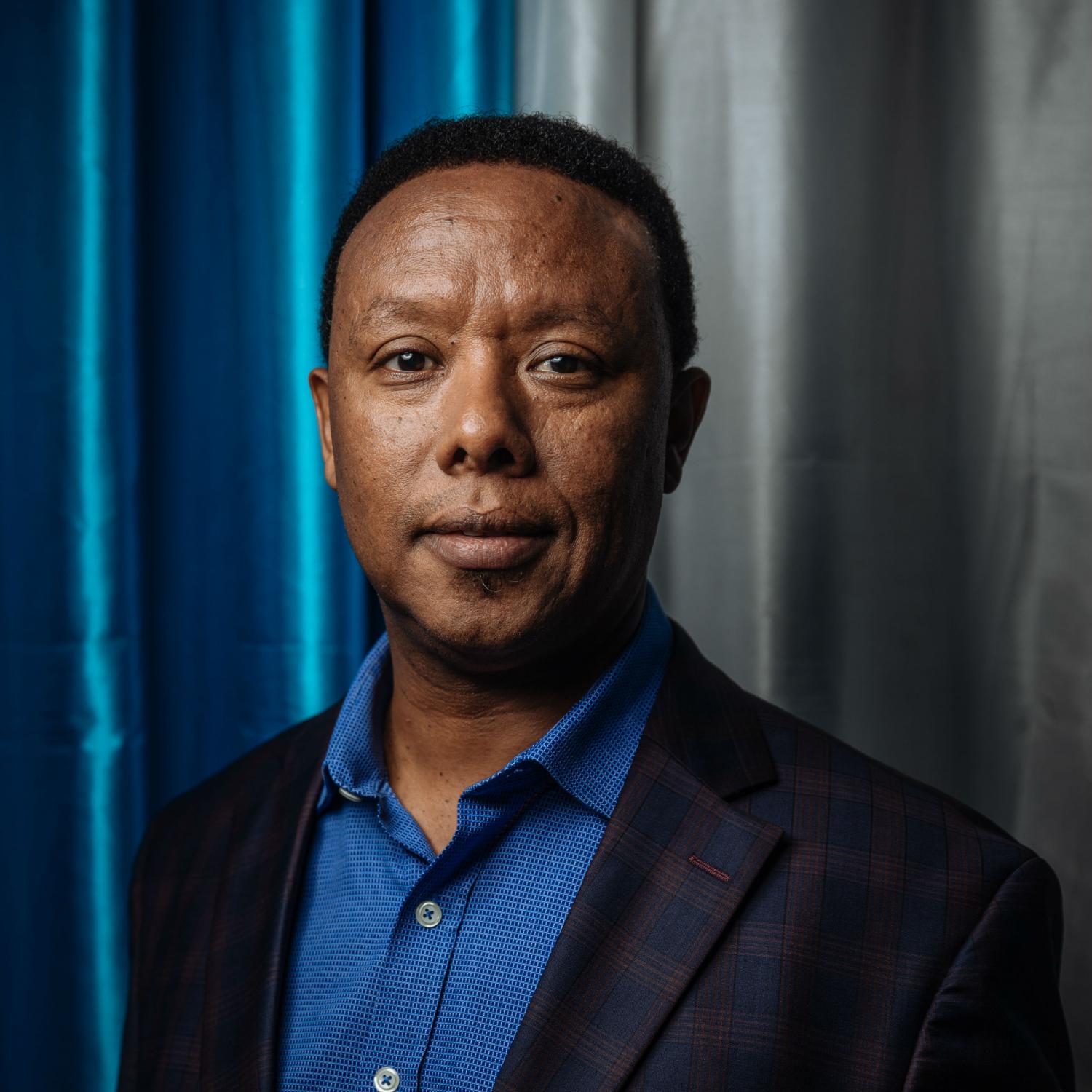 Message to the Somali diaspora

To the Somali diaspora, Mahad emphasizes that this opportunity is two-fold. “Firstly, on a personal level, this is a great opportunity to grow, develop and learn. I have learned a lot and gained experience during the years I have been part of the MIDA programme in Somalia,” he said. “Secondly,” Mahad added, “human beings can give more than they think if they allow themselves to get out of their comfort zone, and Somalia is calling for you.” 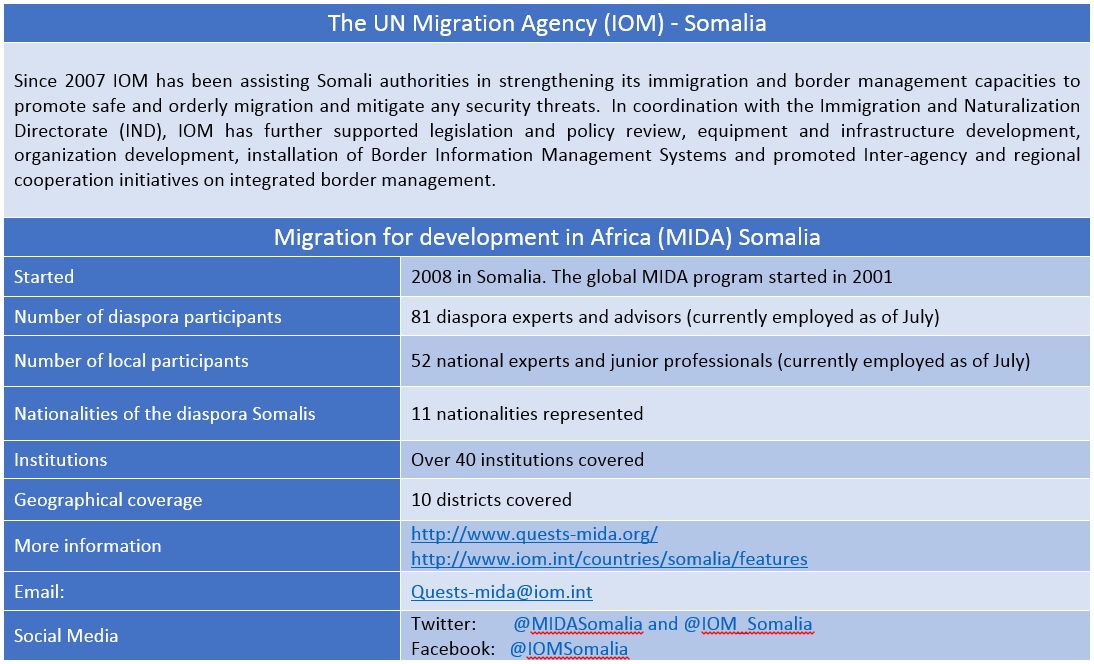