Juba – South Sudan is one of the most dangerous and challenging places in the world to be an aid worker. Thousands of South Sudanese risk their lives every day to provide lifesaving assistance in their own communities, with millions of people facing unprecedented levels of humanitarian need since the crisis broke out in December 2013.

In a country beset by conflict, one can wake up and find an emergency suddenly strike in their own village, driving individuals to provide assistance in extremely difficult and challenging conditions.

Wau, located in northwestern South Sudan, is one such area. Civilians have experienced waves of insecurity since fighting broke out in June 2016, leading to large-scale displacement and vast damage to infrastructure and basic services.

Without any assurance of what the future holds, communities in Wau push forward to rebuild their lives in the hopes of peace taking hold.

Amura, a midwife, and Maria, a traditional birthing attendant, work at a mobile clinic supported by the International Organization for Migration (IOM) in Jebel Kher, a neighbourhood on the outskirts of Wau town.

The clinic was once a functioning hospital, providing medical care to the surrounding community before conflict struck. However, it was heavily damaged in the fighting. Lifesaving equipment was stolen and the doors were torn off and taken away.

It has not been long since Amura and Maria were displaced themselves, both having returned home recently after fleeing to displacement sites in the area.

Amura and Maria are from this neighbourhood. They say many from Jebel Kher had been walking very long distances since the crisis began to access even the most basic health care

Across South Sudan, aid workers must make use of even the most basic of structures to provide aid to displaced, returnee and host communities.

While IOM is in the process of building a new clinic on nearby land, clinic staff in Jebel Kher must make do for now.

“Some people are slowly returning to Jebel Kher,” Amura

explains. Thousands have been sheltering at the nearby UN peacekeeping base, local churches and in remote, isolated areas since June 2016.

Yet, many others remain fearful to return permanently.

Since IOM began operating out of the clinic, Amura and Maria have seen the numbers slowly grow. “We distribute soap to mothers to encourage them to come for maternal care visits,” Amura explains.

“Mothers used to deliver babies here,” according to Amura. But now, “the building is incomplete. There is nothing left.”

Yet, they have not lost hope.

Sitting outside the damaged and door-less clinic, Maria says “I am a midwife because I know in my heart this is what I want to do.” Likewise, Amura chose to be a midwife to simply, she says, help people. 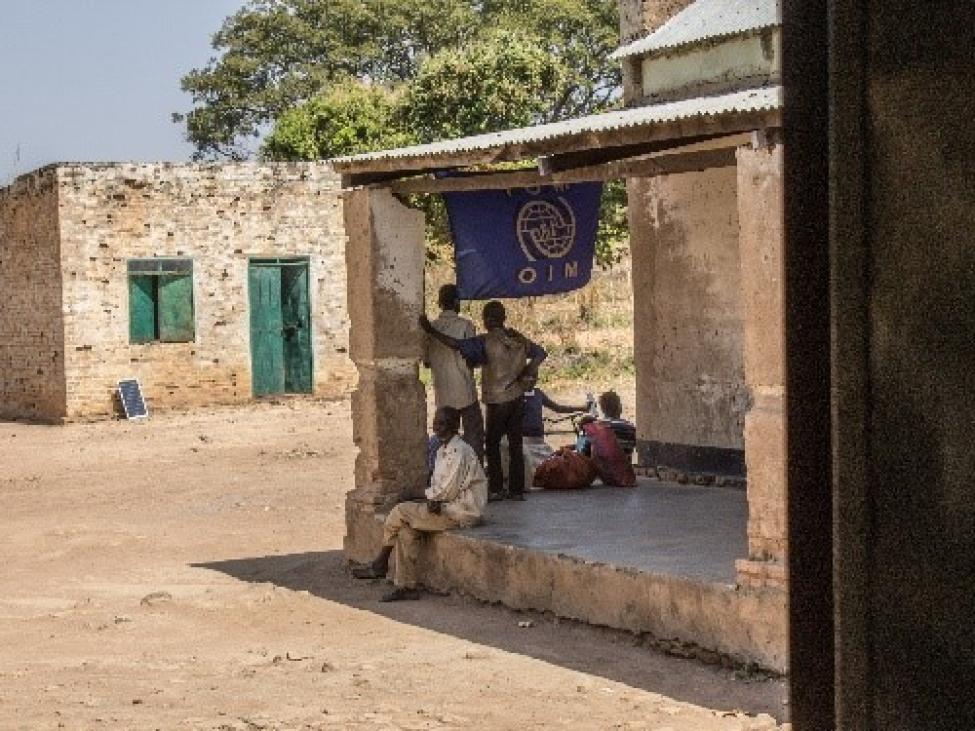 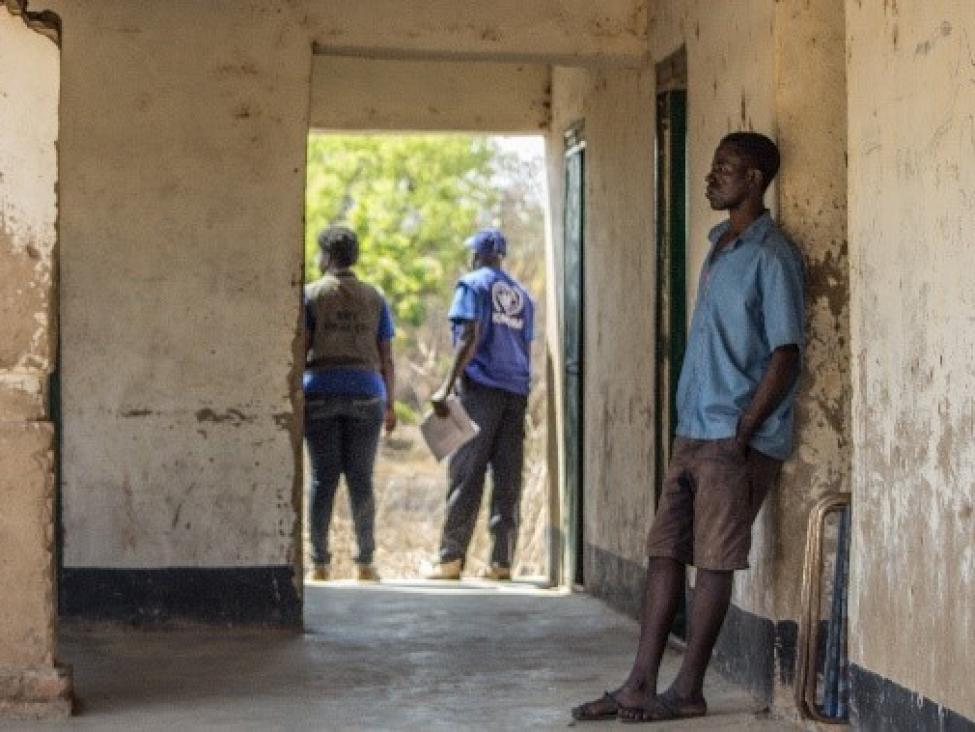 2 photos above: IOM-supported mobile clinic in Baggari, Wau, South Sudan. The clinic opened in December 2017 after more than a year of limited access to a very vulnerable population. Fighting in mid-June led to further damage to the clinic and forced IOM

Recent fighting in mid-June 2018 led to damage and looting of another IOM-supported clinic in a more remote area of Wau known as Baggari. When the clashes hit, IOM staff had to flee from the area, and the clinic has been non-operational since.

Without the clinic, thousands are once again unable to access lifesaving primary health care services, which only became available in late December 2017 after more than a year of extremely limited humanitarian access in the area.

The nurse in charge of the clinic, Mary, and her colleagues risked their lives to run the clinic. “I ride my bike two hours each way.” But, Mary, like Maria and Amura, does not stop because she is driven by her sense of community and duty to her people: “This is what I must do.”